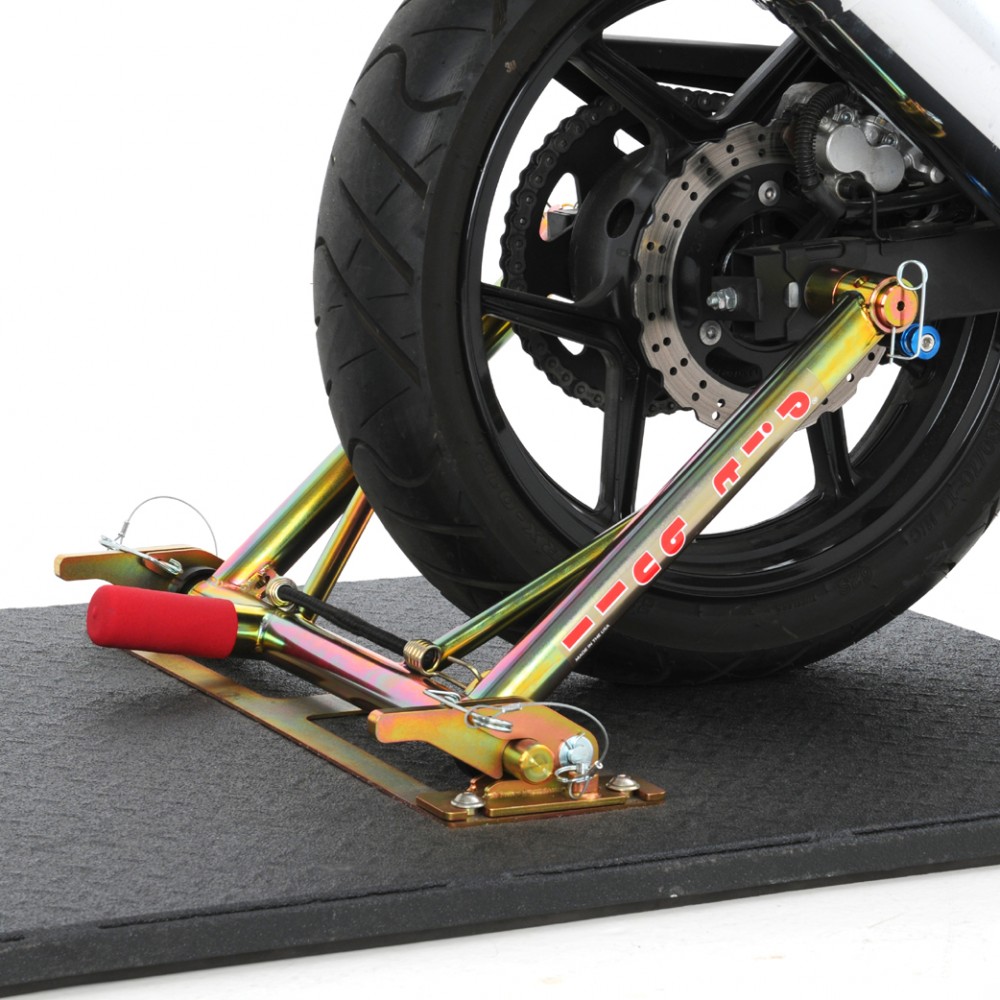 0 reviews Write a review
$309.95
This TRS kit is designed to work with Honda axles: 42301-KZ4-J40 and 42301-KRN-A30 as those axles feature identical dimensions . See the "Fitting Notes" tab above for specific year model information.

The Pit Bull Trailer Restraint System is a revolutionary way to transport your motorcycle using a combination of features never seen before. It holds the bike from its rear axle and allows both tires to rest on the floor of the trailer or transport vehicle.

It offers the following three advantages:
1) There are no straps holding the bike down. This minimizes the space used in the trailer and eliminates the chance of damage caused by straps.

2) The motorcycle rests on the trailer floor with no added force on the suspension. This means no more blown fork seals caused by heavy strap tension, and a flat tire on the bike will not change how securely the bike is held.

3) This is the quickest, easiest system available for loading/unloading your bike for transport. One person can easily roll the bike into place until it is captured by the restraint.

Everything you will need to secure your bike to your trailer is included in the price (bike-specific pins, hardware, etc.). Although, other accessories are available only if you need to use them for additional bikes and/or mounting locations. (See 'Related Items' at bottom of the page). .