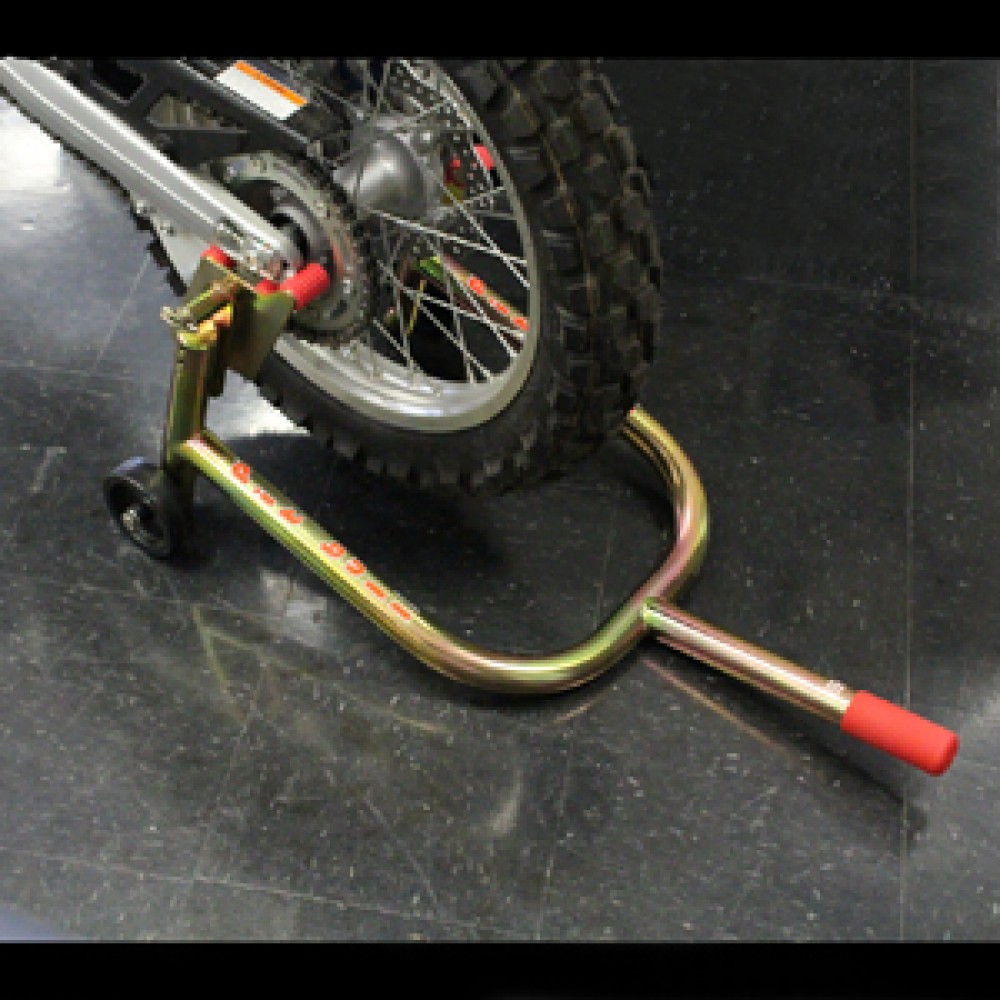 0 reviews Write a review
$179.95
The Dirt Bike Rear allows for lifting a variety of dirt bikes with few exceptions. Two rubber covered pegs on either side of the bike locate under the swingarms for support while a third peg . It's design allows peg on either side locates behind the swingarms to prevent slippage.

See the Fitting Notes tab to view bikes that we have confirmed fitment on. It's likely that this stand will fit other bikes with with similar swingarm designs. The primary interference we have seen comes from the clamshell adjusters found on some dirt bikes that protrude below the swingarms under the axle. If you're not sure whether this stand will fit your bike, give us a call or contact us via email.

These swivels cannot be added to pre-2012(non-Hybrid generation) Pit Bull Front Stands(if your front stand is not height adjustable in the LOWER chassis, it's not the Hybrid model)